Doremus Scudder spent his childhood and early adulthood in Southern Oregon. Raised in an active family with a great affection for the outdoors, he grew up with a deep appreciation of natural beauty and the environment as well as becoming an avid fly-fisherman, hunter, backpacker, skier and canoeist. He learned the basics of photography from his father when still a child, as well as developing an early love of classical music, and has pursued a dual career as photographer and operatic baritone since college.

Doremus Scudder began photographing seriously in his early twenties, working originally with small and medium format until the conflict of his artistic goals with smaller negatives and lack of perspective controls became too great. At that point he bought his first view camera and set to work mastering the techniques associated with large camera and film. He has worked almost entirely with large format ever since. Although color photography was once a large part of his commercial work, his personal vision has always been manifested through the photographic instrument he deems most expressive:
Black-and-White.

In 1988, Doremus Scudder and his wife moved to Vienna, Austria to study at the renowned Vienna Academy of Music. Since then, he has enjoyed a career as operatic baritone, having appeared often as operatic soloist throughout Europe and the United States. Currently, he is principally engaged as a teacher of voice at a music conservatory in Vienna. In addition, his passion for photography has developed into a flourishing second career that affords him the opportunity to travel extensively in search of images. He now divides his time between Europe and the United States where he pursues both photography and music.

Doremus Scudder's work springs from and extends the American tradition of Straight Photography: a presentation of the subject as originally envisioned without further artificial manipulations of the image, conventional or digital. Within this medium, he utilizes careful organization of the content and a broad and expressive palette of tonalities to create images of strong form and character. Utilizing varied subject matter ranging from architecture and landscape to still-life, he distills essences and abstractions in his search for the "intensely beautiful."

The resulting photographs possess uncommon emotional and spiritual depth, which transcends the merely representational to reveal universalities that strike resonances within us; lyric forms and lines that are instinctively familiar, sensuous, moving and alive. The photographs themselves are their own best description, expressing their wordless world powerfully and eloquently. They are communicate on many levels, being rich in immediate impact as well as yielding ever more content, profundity and detail over time.

For Doremus Scudder, the function of art is to enrich, inspire and uplift the human spirit through excellence and beauty: it is to this end that he strives.

Doremus Scudder's work is exhibited widely and found in private collections throughout the United States and Europe. He is represented by the Photogenesis Gallery in Santa Fe, New Mexico. 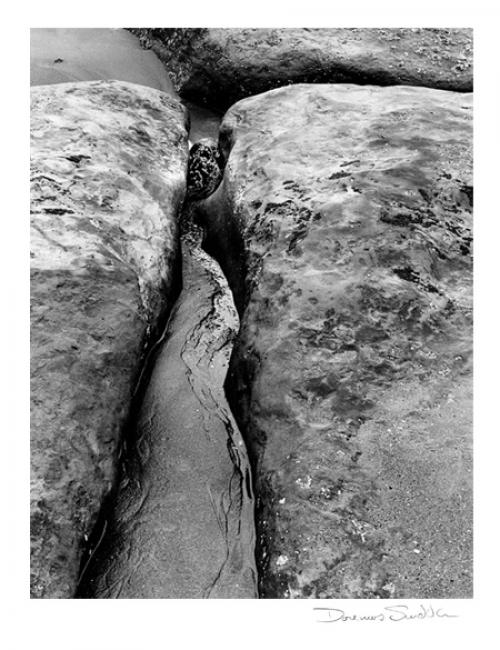